The smartest investors aren't always chasing numbers and they're not chasing a dream. They're investing with logic research and ample due diligence. Too many investors these days talk like an infomercial. They have attended many seminars and read too many books. It's not all about the numbers. You need to be creative, shake the tree a bit and do the dirty work. Number chasers typically run away from Toronto in hopes of chasing superior returns outside the core, without applying the proper consideration to factors such as appreciation and quality of life. It's about where the real upside is and about identifying which micro pockets are undervalued. History repeats itself and the same patterns continually emerge. Historically the most affordable areas are least gentrified and are closest to the core. These tend to appreciate at the highest rate. So where's the next pocket to pop? To hit that proverbial tipping point, we’ll ask the hipsters because once they’ve descended, the values continue to rise. As a real estate veteran investor for over 20 years, I’ve identified 5 key areas that I believe will represent superior investment opportunities and ensure better returns.

Silverthorne
Silverthorne is flanked by railroad tracks marked by Eglinton to the North the railroad tracks West of Caledonia to the East, Rogers road to the South and the Union Pearson Express rail line to the West. Also commonly called Hillsdale / Eglinton, a significant transition is happening in this area. Only a short distance away, they are building the new transit hub at the Kodak Lands as a revitalization project, and the newly-constructed York Recreation Center offers community amenities. There is a tremendous upside for first-time buyers and builders alike. As new buyers get driven farther from the core, this location makes obvious sense. Soon, with the finished Eglinton Crosstown Subway, this will provide a significant boom for the area. We see the first signs of a hipster invasion as millennials get priced out of other areas. The trendy coffee shops and restaurants are starting to open up and quick access to the burgeoning Stockyards District, hosting a plethora of brewpubs, is also a great help. The existing housing stock of homes includes a large number of detached homes which we are starting to see builders knock down and rebuild. The commercial strip along Rogers road is also quickly gentrifying and the industrial lands along the railyards will be ideal infill development opportunities. 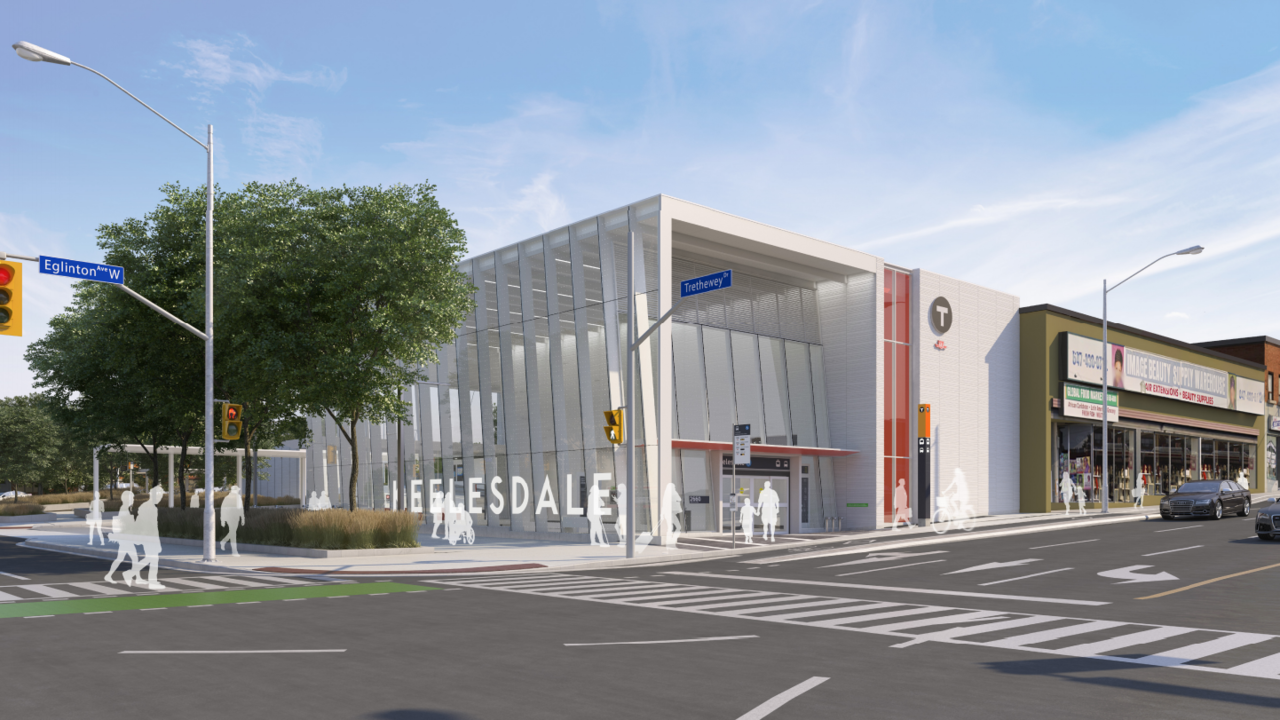 Little India
On the east side, there is tremendous potential in the Greenwood Coxwell area, sometimes referred to as Little India. Stretching from the Danforth to Queen and Greenwood to Coxwell, this area is in a unique transition. We have already started to see Renaissance along Gerrard with ample gentrification and now that is moving further east along Gerrard. Smack dab between the beaches and Riverdale is all but barren until fairly recently. As we are seeing an explosion in Little India of cool new restaurants, cafes, brewpubs and art galleries that are driving development. Hopefully, the area is able to maintain a stronghold of its roots and the south Asian restaurants/ shops can coexist with new hangouts. This area is sandwiched by quality parks including Monarch Park, with its large pool and playground, as well as Greenwood Park with updated facilities including pool, skating rink and dog park. This area is chock full of community amenities and events including those held at Woodbine Park and Beach. Close enough, yet far enough from the one typical knock, is access to quality transport. With the possibility of a new relief line at Gerrard and Pape, this is less than half a kilometer from Woodbine beach and the great amenities and events it has to offer.

The housing stock is generally more affordable than its neighbouring pockets and offers solid opportunities for infill development with small investor properties set up as duplexes and triplexes. The most intriguing opportunity is the commercial stretch along Gerrard, where land assembly and redevelopment of the existing buildings are abundant. There is a significant stock of underutilized one and two-story buildings that are ripe and ready to be repurposed as gentrification proceeds.

Oakwood-Vaughan
Commonly known as OV or Oakwood Village, this classic multicultural Toronto neighbourhood is transitioning at a fast pace. Oakwood-Vaughan is named for the neighborhood’s central intersection and is bordered by Eglinton to the north, Winnett, and Arlington to the East, St. Clair to the South and Dufferin to the West. Heading out of the city by car is easy with access via Allen Road just north of Oakwood-Vaughan. The key attribute is being in close proximity to the core with only about 6 km from the financial district. The construction of the Eglinton Crosstown (Light Rail Transit) has caused years of retail suffering and traffic chaos, although its completion around 2020 will undoubtedly help the community prosper. 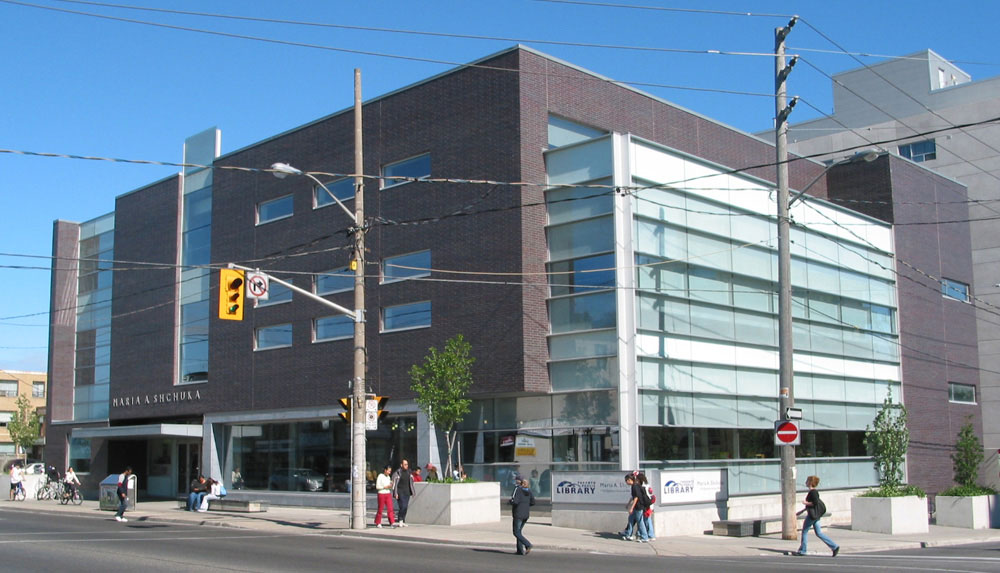 The annual Oakwood Village Arts Festival and the Oakwood Village Library and Arts Centre promote emerging community artists. There are art-focused community-based facilities. Arts Starts and the Oakwood Village Library and Arts Centre call the neighbourhood home. Make no mistake, the strong artistic presence is a statement about affordability here, although it is clearly a neighbourhood in transition. A large number of affordable detached homes has caught the attention of infill builders and we are seeing an ever-increasing number of knockdown and rebuilds. Tenants appreciate the ease of access and more reasonable rental rates for the time being. The most significant event to help drive development has been the advent of two private schools - the Lycée Français de Toronto and the Leo Baek Day School – both directing a demographic change. The City of Toronto recently allowed increases for building intensification and coverage to help spur development including live-work use zoning.

Don Mills
This sprawling affluent Toronto neighbourhood stretches from York Mills along the North to Eglinton Avenue East in the South. The eastern boundary is marked by the Don Valley Parkway and the western edge of the neighbourhood runs down Leslie from the 401 to York Mills and down Bayview from York Mills to The Bridle Path. What was once North America's first planned community, Don Mills is starting to transform again. Most notably, the amenities include the Ontario Science Centre, Aga Khan Museum and is right in the middle of the best urban ravine and park infrastructure in the city, with the Don River and Sunnybrook Park, Edwards Gardens and 2 golf courses. In addition, it’s adjacent to one of the premier Health Facilities; Sunnybrook Hospital and top private schools.

The massive redevelopment that was once an indoor mall has now transformed Don Mills and Lawrence into a community hub with the Shops at Don Mills. We are now witnessing an influx of condos being built on the site. The construction of the Eglinton Crosstown (and the Ontario Line as part of the relief line likely to be built), as well as the Ontario Science Centre station, will be pivotal to encouraging further developments. The sizable commercial/industrial sectors lend themselves to significant repurposing, including the massive 60-acre site at the old IBM facility slated to be mixed-use with 10,000 residential units.

The existing housing stock consists of an abundance of older 1950’s and 1960’s era detached homes on large lots, ensuring a sizable number of quality infill opportunities. Already, we are starting to see a significant number of knockdown rebuilds throughout the zone. There is a number of older mid-rise rentals that would lend themselves to further coverage, along with ample industrial lands for residential opportunities.

Laneway Homes
Not an area per se, but more a type of key infill development, will in time transform the urban core as we know it. Toronto City Council passed a series of Official Plan and By-laws permitting laneway suites within certain zones. The area is roughly demarcated by High Park in the West to Victoria Park in the East and from Lake Ontario, North to Eglinton Avenue.
A Laneway house must be a self-contained residential unit located on the same lot as a detached house, semi-detached house or townhouse, and is generally located in the rear yard next to a laneway. The City of Toronto defines laneway suites as residential units that must have their own kitchens and bathrooms and be on the same lot as a house. Laneway Suites are intended to be subsidiary to the Principal Residential Building on a lot, meaning that at this time it is not possible under these guidelines to sever a property and create a separate residential unit in a Laneway Suite.

If your property is inside the noted boundary, is at least 3.5 metres wide at the rear, abuts a lane by 3.5 metres or more, and allows for a maximum travel distance of 45 metres for emergency services (either through side lot clearance of at least 1 metre or proximity of the Suite's entrance to a public street) ..... good news! Your property may qualify for the development of a Laneway Suite. For those people in the middle of row house units (with no side lot clearance), in the middle of a block (which is more than 45 metres from a public street), you may be out of luck. For now, that is.
Toronto currently has more than 300 km of laneways and 47,000 residential properties abutting them. Laneway suites will provide much-needed rental housing opportunities within established neighbourhoods, providing a wider range of low-density housing options while enhancing neighbourhood and community character. This will simultaneously enable the city to increase density in established transit-accessible neighbourhoods with minimal intervention. This also provides an amazing opportunity for property owners to unlock hidden value in their own backyards (literally).

While it’s a very promising change, the City of Toronto’s planning department is currently shutting out a significant number of people applying (over ninety-five percent of applications due to their inflexible restrictions). I anticipate that going forward we will see the Vancouver model more likely to be our reality. As a hopeful precursor, the City of Vancouver has allowed laneway suites for the last 10 years. They have approved nearly 4,000 applications, including 750 in 2018 alone.

Instant update when your neighbours are selling!
Type your address below:

See what your home is worth
Type your address below: